We use the following terminology for this section:

Resizing does not modify the original file, it just resizes an encoded image in memory, prior to being decoded.

To resize pass a ResizeOptions object when constructing an ImageRequest:

Resizing has some limitations:

Downsampling is an experimental feature added recently to Fresco. To use it, you must explicitly enable it when configuring the image pipeline:

If this option is on, the image pipeline will downsample your images instead of resizing them. You must still call setResizeOptions for each image request as above.

Downsampling is generally faster than resizing, since it is part of the decode step, rather than a separate step of its own. It also supports PNG and WebP (except animated) images as well as JPEG.

The trade-off right now is that, on Android 4.4 (KitKat) it uses more memory than resizing, while the decode is taking place. This should only be an issue for apps decoding a large number of images simultaneously. We hope to find a solution for this and make it the default in a future release.

Which should you use and when?

As for what exactly “much bigger” means, as a rule of thumb if the image is more than 2 times bigger than the view (in total number of pixels, i.e. width*height), you should resize it. This almost always applies for local images taken by camera. For example, a device with the screen size of 1080 x 1920 pixels (roughly 2MP) and a camera of 16MP produces images 8 times bigger than the display. Without any doubt resizing in such cases is always best to be done.

For network images, try to download an image as close as possible to the size you will be displaying. By downloading images of inappropriate size you are wasting the user’s time and data.

If the image is bigger than the view, by not resizing it the memory gets wasted. However, there is also a performance trade-off to be considered. Clearly, resizing imposes additional CPU cost on its own. But, by not resizing images bigger than the view, more bytes need to be transferred to the GPU, and images get evicted from the bitmap cache more often resulting in more decodes. In other words, not resizing when you should also imposes additional CPU cost. Therefore, there is no silver bullet and depending on the device characteristics there is a threshold point after which it becomes more performant to go with resize than without it.

The Fresco showcase app has a ImagePipelineResizingFragment that demonstrates using placeholder, failure and retry images. 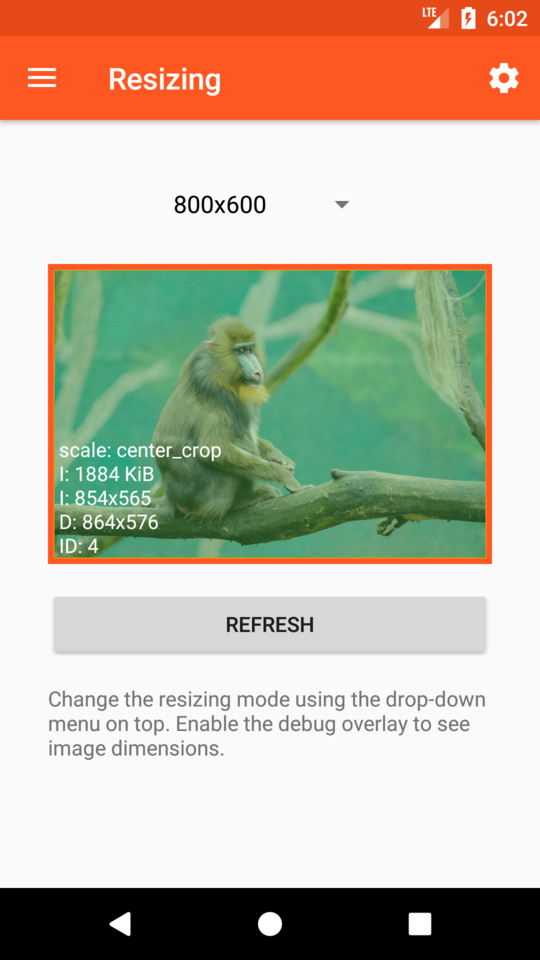