You can specify a different scale type for each of the different drawables in your Drawee.

These are mostly the same as those supported by the Android ImageView class. The one unsupported type is matrix. In its place, Fresco offers focusCrop, which will usually work better.

How to Set a Scale Type

ScaleTypes of actual, placeholder, retry, and failure images can all be set in XML, using attributes like fresco:actualImageScaleType. You can also set them in code using the GenericDraweeHierarchyBuilder class.

Even after your hierarchy is built, the actual image scale type can be modified on the fly using GenericDraweeHierarchy.

However, do not use the android:scaleType attribute, nor the .setScaleType method. These have no effect on Drawees.

Android, and Fresco, offer a centerCrop scale type, which will fill the entire viewing area while preserving the aspect ratio of the image, cropping as necessary.

This is very useful, but the trouble is the cropping doesn’t always happen where you need it. If, for instance, you want to crop to someone’s face in the bottom right corner of the image, centerCrop will do the wrong thing.

To use focus points, you must first set the right scale type in your XML:

In your Java code, you must programmatically set the correct focus point for your image:

If you are using Drawables that make use of Android’s tile mode, you need to use the none scale type for this to work correctly.

Sometimes you need to scale the image in a way that none of the existing scale types does. Drawee allows you to do that easily by implementing your own ScalingUtils.ScaleType. There is only one method in that interface, getTransform, which is supposed to compute the transformation matrix based on:

Of course, your class can contain any additional data you might need to compute the transformation.

To avoid image to be clipped we can downscale it. Here we can scale by 400/420 which will make the image be of the size (400,200). The image now fits exactly in the view horizontally, but it is not centered in it vertically. 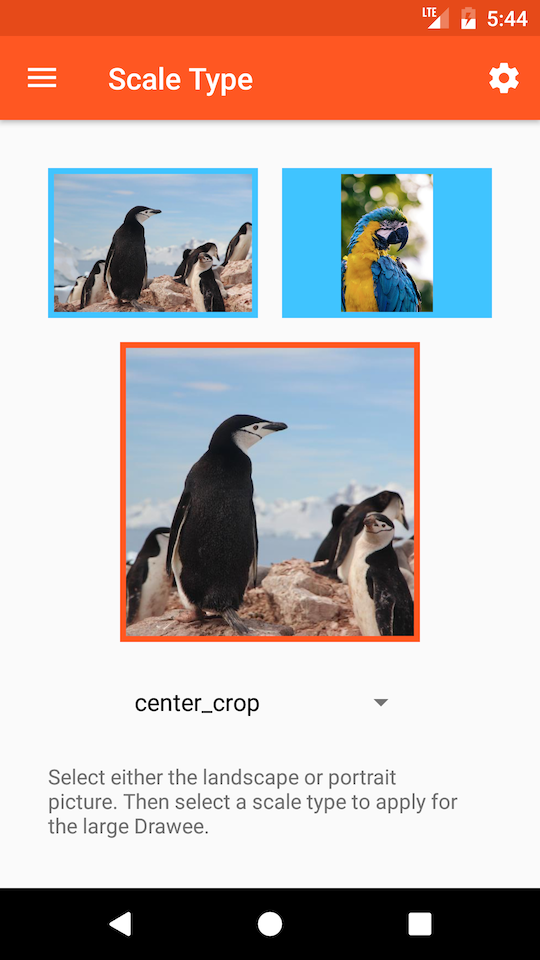 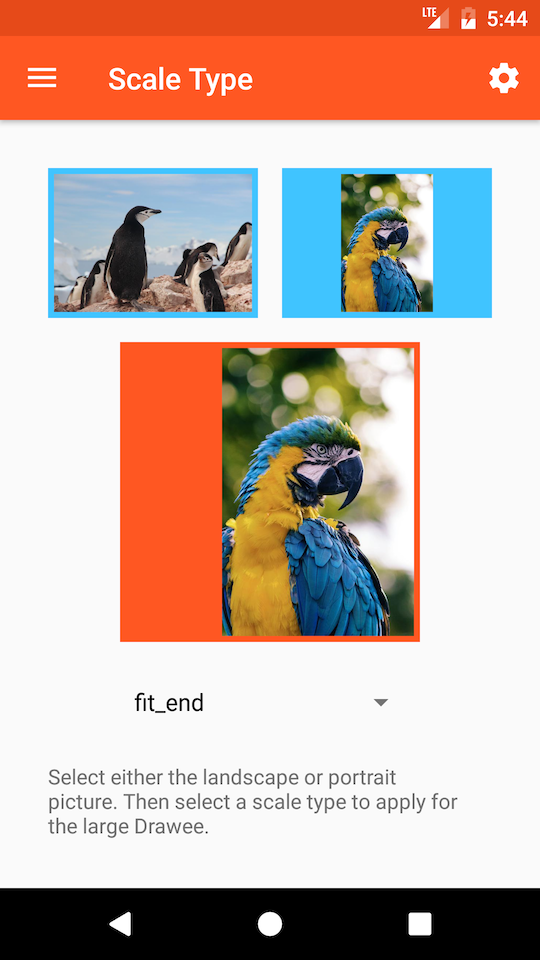