Not every image is a rectangle. Apps frequently need images that appear with softer, rounded corners, or as circles. Drawee supports a variety of scenarios, all without the memory overhead of copying bitmaps.

Images can be rounded in two shapes:

Rectangles support having each of the four corners have a different radius, but this must be specified in Java code rather than XML.

Images can be rounded with two different methods:

The SimpleDraweeView class will forward several attributes over to RoundingParams:

When constructing a hierarchy, you can pass an instance of RoundingParams to your GenericDraweeHierarchyBuilder:

You can also change all of the rounding parameters after the hierarchy has been built:

There are some limitations when BITMAP_ONLY (the default) mode is used:

If the limitations of the BITMAP_ONLY mode affect your images, see if the OVERLAY_COLOR mode works for you. The OVERLAY_COLOR mode doesn’t have the aforementioned limitations, but since it simulates rounded corners by overlaying a solid color over the image, this only looks good if the background under the view is static and of the same color.

Drawee internally has an implementation for CLIPPING mode, but this mode has been disabled and not exposed as some Canvas implementation do not support path clipping. Furthermore, canvas clipping doesn’t support antialiasing which makes the rounded edges very pixelated.

Finally, all of those issues could be avoided by using a temporary bitmap, but this imposes a significant memory overhead and has not been supported because of that.

As explained above, there is no really good solution for rounding corners on Android and one has to choose between the aforementioned trade-offs. 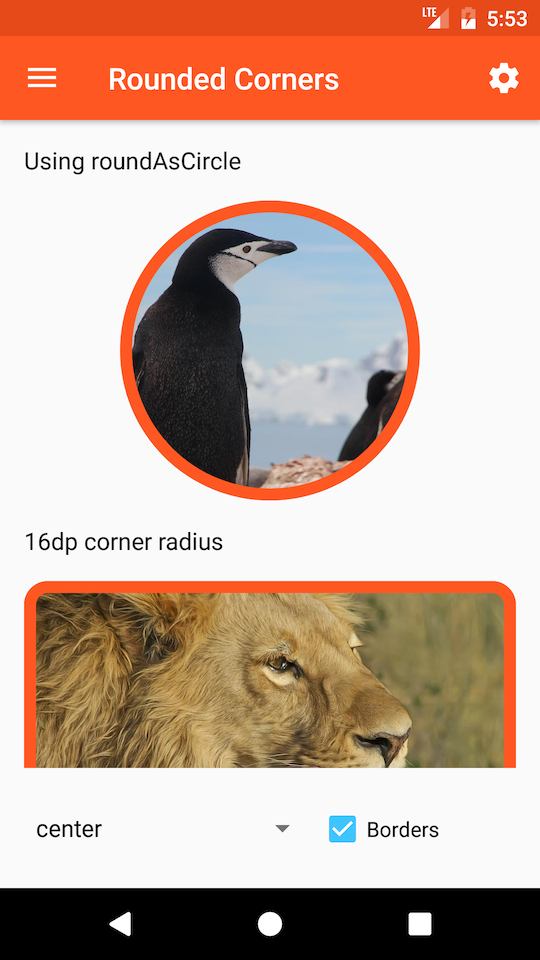